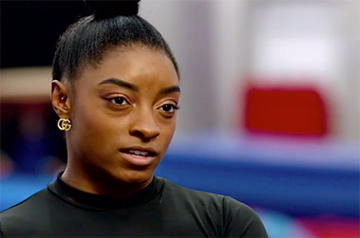 Every four years, millions of viewers tune in to the Olympics. Many remember from the 2016 Summer Olympics that gymnast Simone Biles won more gold and world medals than anyone in history. Her gymnastic prowess was so astounding that four different moves are now named after her in vault, balance beam, and floor exercises. As one of the most lauded athletes in the world, it goes without saying that a great number of those millions of viewers were eager to watch what Biles would do in the 2021 Tokyo Olympics.

Then, after a remarkable start in the competition, we learned that Biles chose not to participate in various individual and team events to focus on her mental health.

We wholeheartedly applaud Simone Biles for turning down the din of worldwide applause and listening to her mind, body and spirit at this important time. For her own reasons, she realized that self-care had to be her priority. Despite her young 24 years of age, she showed incredible maturity and wisdom. Facing what is potentially the largest audience in the world, none of us can imagine the pressure she must have encountered and the internal strength it must have taken. Yet, she understood that no exercise, event, or medal was worth endangering her mental health.

The viewing public was reminded the Simone and countless other young athletes had been molested by the US American Gymnastics doctor in 2016. While the horrible perpetrator of these actions has finally been prosecuted, we know that the process of healing has its own timetable. It really doesn’t matter that the 2016 Olympics were in one country and the 2021 event is in an altogether different one. Biles was returning to the Olympic setting where, in 2016, she should have been protected from harm, but wasn’t. It is painfully understandable and heartbreaking to imagine how this could trigger that terribly traumatic event and cause the many responses Simone bravely described to the public.

Still, some have criticized her as being selfish and a shame to her country. Nothing could be further from the truth. She is a national treasure and international hero.

Simone Biles didn’t let the stigma that attaches itself to mental health considerations stop her from making the right decision for herself. Simone credited tennis player Naomi Osaka for inspiring her to take this important step. Osaka, herself a 23-year-old biracial young woman (Haitian father and Japanese mother), decided not to participate in the French Open earlier this year to focus on her mental health. Her own bravery and courage made it even more meaningful that Naomi Osaka was chosen to light the Olympic cauldron. As she did so, little did she know she was already lighting the way for another young woman of color to heed her own mental health needs.

With so much promise for success, Simone’s choice could not have been easy. Still, this move – the Biles Self-Love move - is her best yet. It demonstrated her amazing courage and self-worth. As with the example that Naomi’s decision had on Simone, it sent the perfect message to people of all ages, but especially young Black women and young women of color, that your mental health is far more important than any pressure or perk.

The decision to prioritize one’s health and wellness is the true gold standard. Both Naomi and Simone take the gold. We wish them well.