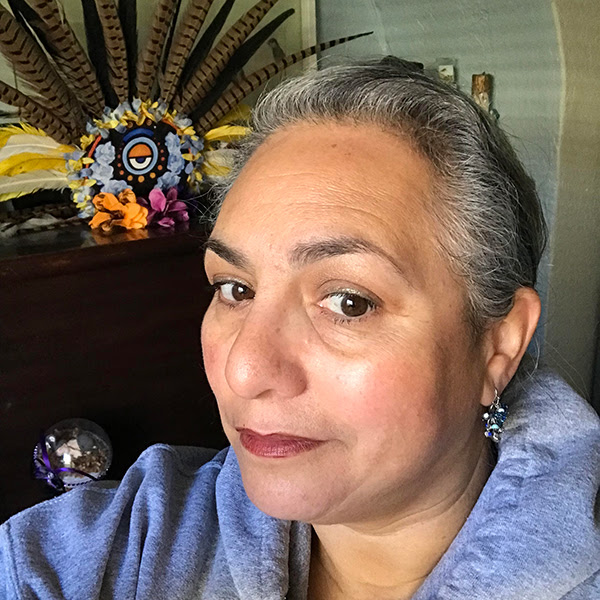 As is the case with some of the best providers around, Michelle didn’t set out to enter into community or public service work. Born and raised Mission District, her best friend at Mission High had gotten accepted in a pilot program to help students get into college. Initially, Michelle was not identified for the program from her counselor, but she stayed with the program and soon got into SF State where she received a BA in Social Work. While in college, she completed an internship at Real Alternatives Program, and upon graduating, RAP offered her a job providing case management for young at-risk/high-risk young women.

At this point, Michelle had no desire to pursue a go back to school and believed herself to be done with higher education. Recognizing her bilingual skills and commitment, many in the community encouraged her to take her education one step further. Before long, she found herself at San Jose State earning a MA in Social Work. Among those she credits for encouraging her are: Esperanza Echavarri, Ana Giron, Esperanza Martinez, Rita Perez, and Roban San Miguel.

While at RAP and in the community, Michelle was exposed to many incredible community leaders and community concepts IFR still uses today. Dra. Concepción Martinez Saucedo was RAP’s Board President and Dra. Estela Garcia was heavily active in youth development. Michelle began engaging with IFR around Dia de los Muertos, Las Posadas, and other ceremonies and activities. Later, she interfaced with Sana Sana (then Early Intervention) and La Clínica that provided therapeutic support groups to Michelle’s clients. She also worked with IFR’s Elia Dominguez led Casa de los Jovenes Corazón with Regina Morena at the time. Michelle recounts: “If not for IFR’s ceremonies, I might never have been exposed to traditional/spiritual practices or be surrounded by the community folks who led those efforts.”

When Michelle came to IFR, she referred to herself as a RAP refugee. In 1999, RAP had transferred a contract to provide intensive home-based supervision for girls to IFR to save services in the community. Young women on probation or interfacing with juvenile justice at the time did not have many services in the community, and often were sent to out-of-home-placements. The contract required staff to see the girls 3 times a week, with Michelle providing case management. New funding from DCYF would later support Studio Ollin, Dr. Sal Nuńez’ drumming group, and workshops for leather-making and teatro de jovenes.

Michelle’s efforts continued to get noticed, and her critical thinking has only gotten sharper. “I was initially recruited because of my Spanish language skills. However, I’ve always worked cross-culturally, including with Polynesian and African American youth. What compels me is the need to give them access, especially for families that don’t have the language capacity. It’s not always the youth, but the families who need support. What compels me to come back to community practices is that culture is really honored in community as opposed to other places I’ve worked at in the past. Community practices engage families in a different way that can’t happen in a 9-5 mentality.”
Since her days at RAP, Michelle has been at La Cultura Cura on and off since 2000 and was the program’s first coordinator. In 2003, she transitioned to Casa Corazón. IFR had lost funding but wanted to retain valued staff such as Michelle. Later, she left IFR in 2006 for work that wasn’t program-related. Around 2015, serving the community was where she wanted to be. A position in La Cultura Cura happened to have just opened up, and voila! Michelle returned to IFR as a Mental Health Specialist. She’s been here ever since.
“When I left in 2006, it wasn’t because of a problem with IFR. I had a chance to get trained on an evidence-base short-term family therapy model. At that time in my life, it was an exciting opportunity, and was what I needed to balance my family life. But I always planned to bring it back to community. That’s always been a best practice for me.”
Particularly given the shortage of bilingual/bicultural mental health clinicians, Michelle realizes she’s part of a very special breed of people. “I was lucky to fall into this career and come out as a social worker. I was able to build relationships with my professors and community leaders; the mentorships I was provided were critical. I often wonder if a lack of mentors right now has contributed to the shortage of mental health clinicians.”
Michelle speaks affectionately about how her community practice is connected to the needs of her clients. “It’s about a reflective process – tú eres mi otro yo. I always want to be flexible to meet families when they can. I can do that at IFR. Clinicians are taught to set limits and boundaries, except there’s a misconception that boundaries are about 9-5. Flexibility is important. It allows me to think about how we’re the same and balance ourselves out in other areas.”
As Program Director, Michelle realizes she won’t have the same level of engagement with clients as she had before. To hear her speak about how she hopes to support, guide, engage, and build cohesion among La Cultura Staff, it’s as though we’re witnessing the baton being passed from Michelle’s mentors to her.

“As a young elder, of course I have younger staff. There will always be a generational difference when I’m coaching and supporting staff. But they’re sharing and educating me too because I’m of a different age. That’s where the reciprocal support comes in or co-supervising. You teach me, I teach you. If we both don’t know, let’s go find out together.
“My goal is to listen to staff, provide support and consultation, and ensure they feel that they’re learning and developing their own skills. I want to get to know staff so I know their talents, interests and skills, and identify how we can use them in our programming. I believe in using a strengths-based perspective that can be integrated into the work.”

Michelle offers a list of things she’s excited about in her new role. Bringing back the philosophical foundations that led to La Cultura Cura’s development, confirming their norte, reviewing the importance and quality of case management and relationship-building, and much more. Her vision of what success looks like in her new role comes down to one thing for Michelle: relationship-building.
“It’s about building and strengthening relationships with staff, clients, families and community. If there is positive morale, staff is stronger and services will be more successful. Increased quality services for more youth helps them reach goals with positive outcomes. It’s always a blessing to have a young person come back with their children or a college degree because of the relationships we helped them build. That’s true success.”

Congratulations to you Michelle and to the team of La Cultura Cura!