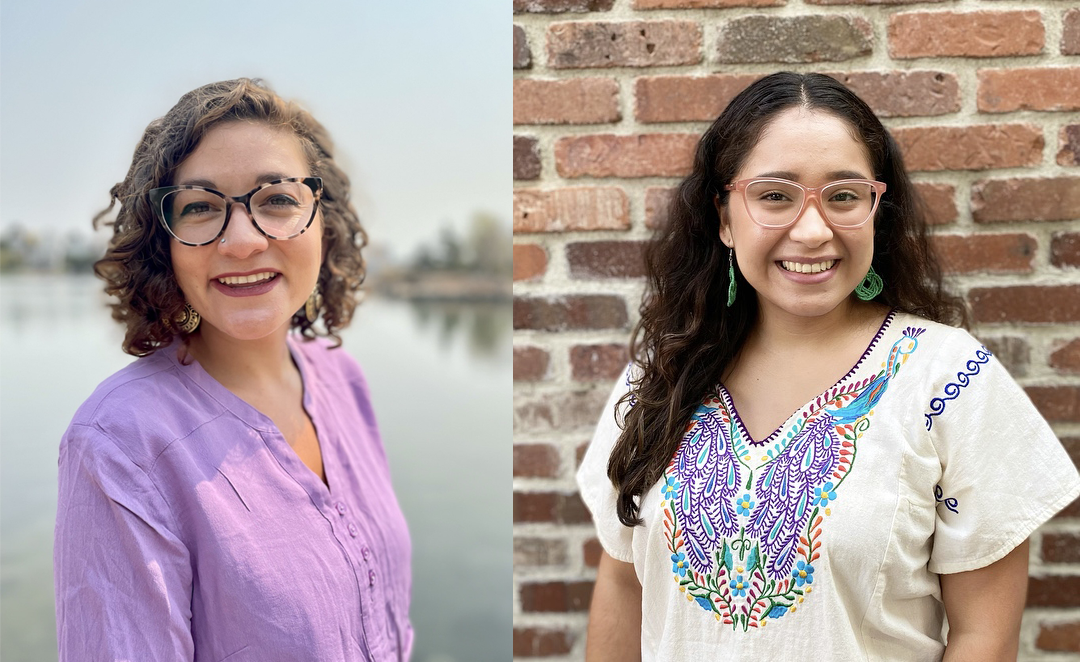 IFR has a long and successful history of providing clinical training for its interns. However, this past year was the first time the agency recruited macro interns – that is, internships where the focus is policy and other upstream approaches to issues facing the Latinx community. Two spectacular Masters interns in UC Berkeley’s School of Social Welfare – America Ambriz and Quetzalli Rocha – spent the past year serving as IFR’s first macro interns in IFR history. Despite the demands that come with the last few months of graduate school, they graciously agreed to share their experiences with us.

At this stage in their education, both women had a variety of internship options from which to choose. So, we were curious about what drew them to choose IFR. Born to Mexican immigrant parents and growing up in Texas, America offered that there were no organizations like IFR where she grew up. “IFR/RTP is rooted in cultural practices, is run by people of color and by people who live in these communities with similar identities to the people we serve. That’s really meaningful and unique to me.”

Quetzalli offered that it was IFR’s pilares that spoke to her. “It’s amazing to see a cultural wisdom woven into the work, is outside of the mainstream and offered at a macro level. After doing direct service work and seeing repeated systems failure and barriers people encountered, I chose macro work to develop a different approach to make tangible changes.”

When asked about some of the highlights of their internships, both gave top marks to the regular trainings provided by Dra. Concepción (Concha) Saucedo-Martinez. As Quetzalli noted, “It’s such a refreshing space after being. In an institution like Berkeley where you always question if you belong, Concha weaves in her wisdom and tradition into these spaces. Seminario with Concha is definitely medicine!” America shares her love and appreciation for Concha. “Her sessions feel so sacred and grounding and is a reminder of why we chose this work in the first place.”

America fit in so well with RTP that she’s been hired to work with the program. She immediately understood what is unique about the program and its significance in the community. “At RTP, some of the staff have lived in these communities for years, and many have gone through similar experiences as the participants. That matters because you are truly able to connect with participants on a level that others won’t ever fully understand.”

While the Espina Project hasn’t identified funding to hire Quetzalli at this point, that is one of the project’s goals as she would like to desire to continue with the project after graduation. “To work with a project from its inception is something I couldn’t have gotten elsewhere and I’ve learned so much from it. Thinking through the project, how it could be done better, and why it matters has been an insightful experience.”

While IFR is extremely happy that both women received good experience, training and exposure to IFR’s approach and work, the exchange was far from one-sided. Keep in mind that their internships took place during a pandemic, when nothing was clear or “normal.” On top of that, as the first macro interns, IFR didn’t have a pre-existing format for this work. They kept their spirits high and steadfastly gave their full attention to their work.

Both America and Quetzalli are exceptional leaders who we know will continue to bring positive community transformations, wherever they go. Their contributions enhanced and promoted the work of RTP and the Espina Project, and their willingness to embrace IFR’s philosophy was always inspirational.

IFR thanks Quetzalli and America for sharing their mind, body, spirit, and heart throughout their internships. We – IFR staff, programs, and community – are thankful to you, proud of you, and happy for you. Congratulations to you both!