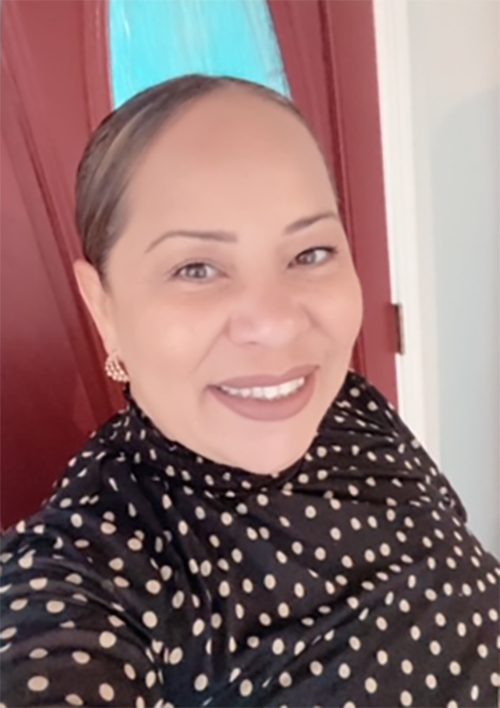 The second person in IFR’s Latino Heritage Month Unsung Hero series is someone who is a firebrand in her own right. She is bold, street-savvy and has a humble heart of gold. With great admiration and affection, IFR is happy to honor Joanna Hernandez.

If you grew up in the Mission, chances are good that you met Joanna. Raised in the Mission and Sunnydale, she attended school at RAP and then Hilltop. Pregnant at 15, involved in criminal activity and incarcerated sometime later, Joanna has used her struggles to encourage others to make better choices than she did. That was her goal in 2004, when she co-founded Young Queens on the Rise, a program for young women 13-24 years old. As a role model, Joanna uses her own special recipe for how to make delicious limonada out of really sour lemons.

Joanna is the first one to point out the mistakes she’s made in life, speaking candidly about the choices she’s made in life, using them as teaching moments to help others. She offers: “When I got pregnant, I was the black sheep, so I was sent to live in a convent for two and half years. Even though teen pregnancy is more accepted now, and there are more resources to avoid getting pregnant today than there was then, it’s still an issue.”

Nevertheless, Joanna is completely dedicated to family. With Nicaraguense roots, Joanna has 7 siblings. Married for 21 years, she has three grown children and 2 grandchildren, who she proudly adds are the “light to my happiness.” This was evident as we heard a high-pitched voice in the background ask, “Nana, what is 4 plus 2?” and we witnessed the attentive and patient Joanna show her grandson how to find the answer. Family means everything to Joanna.

Which brings us to another challenge Joanna faced as she shares that her son has been incarcerated for a few years now. “Intergenerational imprisonment is real. My son’s father was incarcerated, I was, and my oldest is as well.” Joanna has been an advocate for her son as well as for other young people of color who have been caught in the juvenile justice system. Until her son is free, Joanna and her husband have helped cared for her son’s grandson Noah. For her, it’s all connected. When thinking about her grandchildren, she notes: “I do the work for them too. It’s time to break generational incarceration. It’s time to break the cycle with my son’s son.”

This isn’t just rhetoric for Joanna, but a well-thought-out pledge. “I offer a commitment to the community to make sure these boys grow up to respect and love their community, to give back and to make better choices than I did.” 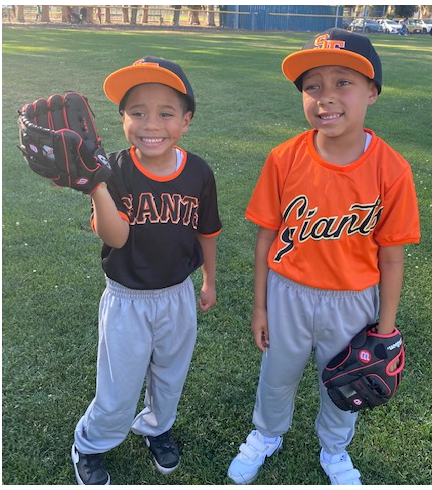 She realizes some of those choices arose out of good intentions. It’s one that has befallen many nonprofit service providers who dedicate their lives to their community, sometimes without ensuring their own needs and those of their families are addressed. “I was a young parent trying to change my life while my own son was getting lost in the mix. He got in trouble and fell through the cracks while I was trying to help other folks,” admits Joanna. “Boundaries are important in this work. It’s a hard thing to learn and embed in your work style. Now, nothing gets in the way of helping my grandchildren, but it’s a skill set I didn’t have before.”

Joanna noted something else she hadn’t done before. It is the part of her that continues to reflect, take ownership of her actions, and demonstrate what accountability looks like. “I haven’t verbalized it publicly, but I want to apologize to my community for the hurt I caused in the past. I know community members have forgiven me, but it’s important for me to say I’m sorry for the harm that was caused.”

Joanna’s sentiments capture many of the reasons she was selected as one of our unsung heroes. She has learned that change starts at home and with oneself. This is part of Joanna’s new vision for herself and her family. “I don’t know what will happen with my son. I need to be mentally, physically, and emotionally strong if he comes home or if he remains behind bars. I will continue to fight, so self-care remains important. But I also want to help create strong leaders because it never ends with just us. I want to feel empowered to pass the torch. I had amazing mentors who played a big role in my life, and I want to be able to do other things too. For example, I want to own my own business, running a barber shop as a family project.”

We love Joanna’s story – not the challenges she faced, but how, with help, she was able to find a way around, through and over them. Some of her choices had tremendous impacts on parts of her life, and yet, a powerful streak of self-determination pushed her to go beyond them to find something better. Part of that is 50% ganas and 50% community support.

“I am a product of community programs. I’ve learned that helping young people turn their lives around is important because they helped me. I owe a debt I may never be able to pay back for the woman I am today. This is a lifetime debt that I’m more than happy to pay back by being of service to my community.”

Whether it’s supporting young women to make informed choices about their reproductive health, advocating for juvenile justice reforms, or helping a child figure out the answer to 4 plus 2, Joanna has used her life to mentor, coach, and empower young members of our community to make good decisions. It’s a testament to her leadership and love of community. “One senior mentor would often say to me ‘I love you.’ Words are powerful. We need to say that more so young people and the people we serve can hear that more often.”

We love you Joanna, and are proud to honor you as a Latino Heritage Month unsung hero.